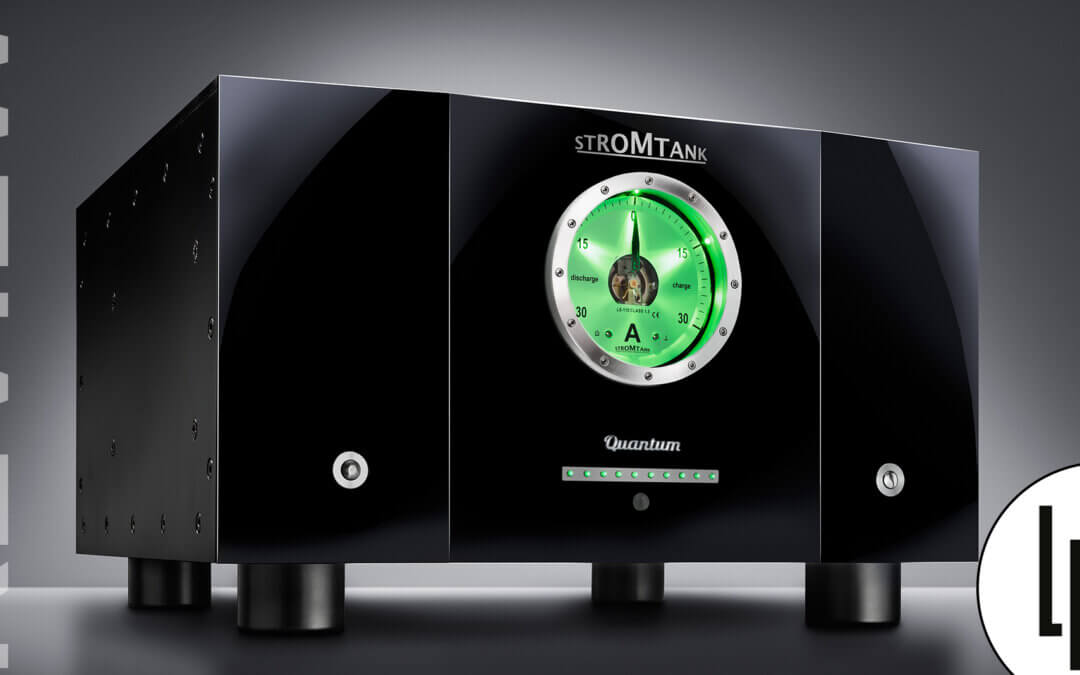 Next existing review about STROMTANK  S-2500 Quantum by German LP Hifi-magazine.
Check out this detailed experience report about the solution for clean power supply.

“Our current test subject is the model „S2500 Quantum“ and represents a select variant of the „normal“ S 2500, which we already presented to you in LP 1/2019. The differences between the two devices have very little to do with quantum effects, but rather with a pragmatic engineering spirit, making the „Quantum“ even better than the original.

Externally, both differ only in the model designation on the front. The innovations are found exclusively on the inside. In short, the „quantum leap“ consists of increasing the system voltage of the battery

compartment from 24 to 48 volts. In other words: Whereas the original S-2500 has eight batteries in milk-bag format with a nominal capacity of 100-ampere hours at a cell voltage of 3.2 volts, the Quantum edition has 16 smaller models with 40-ampere hours. Although the arrangement‘s nominal capacity has thus become somewhat lower, this has proven to be no problem in practice: Even relatively power-hungry setups run for several hours on the Quantum without having to recharge the battery. Which, by the way, would not be a bad thing either, because the device also improves the sound when the charger is switched on. The S-2500 Quantum can charge its batteries much faster than its sister model anyway: The nominal charge current has been increased from eight to ten amps, and because of the doubled system voltage, it only needs half the current, which means that in practice, the batteries of the S-2500 Quantum are full again more than twice as fast. The „double voltage means half the current for the same power“ is also beneficial on the „discharge side.“

Because only half the current now flows in the system, the device‘s continuous load capacity could be increased from 550 to 650 VA, and for a short time, there are now even 2600 instead of 2300 VA in it; this should be a rather academic value.

The lower currents in the voltage converter also ensure an even quieter output voltage. The other side of the coin: 16 batteries require 16 individual monitoring boards and thus twice as many as the original S-2500, which explains the new model‘s surcharge: it costs 22,500 Euro, respectively 22,900 Euro for the high-gloss black version.”